Sorry, I hadn’t seen the phrase in the original German, only the English-language article reporting it. So I did a quick Google this morning and found this:

Always good to see you jimmy

In fairness, I live a short way out of the city (moved to the coast late last year to escape the city - stoked with that decision right now) but I’ve ventured in on a couple occasions, also staying in tune with what other people are seeing around the city via socials.

We’re supposed to be on a strict(ish) lockdown, only leaving the house for picking up essentials and one daily exercise break, but because it’s not really enforced (varies from region to region, I hear) there’s a good few people starting to take the piss. I’m not finding it too hard to stick with personally, mainly because I’m distance training so long runs get me out for a couple hours at a time. Pretty shocked with what I’m seeing on some of these runs though - gatherings in parks, a house party, people in sun loungers on the beach, even one family having a wee beach BBQ. I mean, I love a BBQ on the beach as much as anyone, but it’s easy to see why some people are getting so frustrated when they’re abiding and cooping up at home when it’s nice out, and other people are blatantly flaunting the rules.

It’s a weird mix out there - some folks going to town on masks/gloves/distancing, others not bothering at all. I’m not sure what the mentality is that divides the two, but it’s quite a stark contrast. I imagine it’ll be a while before cases here take a sharp drop and we’re allowed full freedom. But hey, gotta try stay positive!

I loved Edinburgh when I got to visit. Would love to hear more about your distance training - I’ve run 5 marathons and hankering for long runs again. May start a thread somewhere else in forum to chat ‘run journeys’ haha - I know @Luke is a runner too and we both consider a long run the best way to get acclimated in a new city while traveling.

Aye, it’s a pretty special place - though Denver’s hardly the worst spot, only visited briefly a few years back for a Rockies game but loved what I did get to see!

Nice work! Any recommendations out of those five? I’m a big fan of travelling for a race.
As for training, I hit marathon number three last year and decided it was time to choose; get faster or go further. Decided on the latter and entered an ultra on the north coast of Ireland in September. Keeping everything crossed that it’s able to go ahead, if I do all the training and it gets cancelled last minute…

Great idea on the running thread, could type for days about it! Totally agree it’s a good way to get your bearings, a nice way to just see the sights on a short city break, too. Are you still able to get out for runs in CO atm?

Marathons! I did SF twice, Eugene OR, and Columbus OH twice. SF sucks, Eugene was a pleasant flat run (but my worst run) and I’d say Columbus wins as my highest recommendation. The city is really thriving, it’s flat, fans actually show up, and the whole production is really really well done.

Very jealous you’re tracking on an ultra - my bro-in-law is about to do his second and I’m really drawn to it. I’m not in distance shape, and running’s tough on my body, but it’s SO gratifying to finish a long race. Good luck with training!

In Denver our weather just shifted to summer, so running is definitely on the table. I’ve been on the bike most of winter (indoor).

Running thread. Great call. @Francoregonian a fellow runner as well!
We’ve been running in circles in Paris where the max distance from one’s house is 1km.

Spot on. Luckily doing laps around the neighborhood is about my fitness level at the moment so it works out nicely. It’s been a good way to reestablish my running though after a few years of intermittent levels.

Memorable running experiences for me (gotta agree with the traveling to marathons bit):

Thanks for the poke and allowing me to share!

Had to google Goanna Lizard. Wow. You don’t forget that.

In the Cities - What's It Like Where You Are? thread we got to talking about running, and I thought it’d be interesting to see how many runners we have in the community.

If you’re a runner: What kind of running do you do? Any recommended runs / races? Any post-quarantine run-related plans?

Stoked we have runners here - I’m ramping back up as weather turns (great way to get out of house).

Not awesome news out of Mexico City – “The Mexican government is not reporting hundreds, possibly thousands, of deaths dismissing anxious officials who have tallied more than three times as many fatalities in the capital than the government publicly acknowledges, according to officials and confidential data reviewed by The New York Times.”

More than three times as many people may have died from Covid-19 in Mexico City than federal statistics show, according to a Times analysis.

But, wanted to follow that up with some awesome news out of Mexico too - Natalia Lafourcade, an amazing Mexican musician, is playing a live show tonight on YouTube. Gotta find the light where we can, right folks? 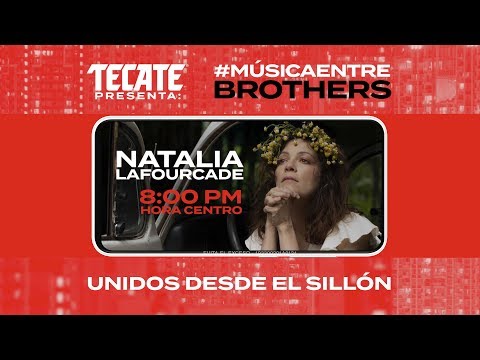 oof. really not good news. are the streets still crowded or has social distancing become a thing?

No crowded streets but definitely some scattered gatherings around. The city was begging people to leave their mamas alone yesterday despite it being mother’s day. It seems people are being considerate but hard to know to what degree.

Worthy read… if you’re in the mood

"Scenario No. 1 depicts an initial wave of cases — the current one — followed by a consistently bumpy ride of “peaks and valleys” that will gradually diminish over a year or two.

Scenario No. 2 supposes that the current wave will be followed by a larger “fall peak,” or perhaps a winter peak, with subsequent smaller waves thereafter, similar to what transpired during the 1918-1919 flu pandemic.

Scenario No. 3 shows an intense spring peak followed by a “slow burn” with less-pronounced ups and downs."

This Is the Future of the Pandemic

Covid-19 isn’t going away soon. Two recent studies mapped out the possible shapes of its trajectory.

Seen anything like this yet on your outings in Paris, @Luke ?

In Mexico, one of world's biggest food markets stirs unease about infections

Every day, thousands of Mexicans crowd a massive food market that is a linchpin of the capital's food supply, though it sits at the heart of a major hotspot for the virus.

BANGKOK — Visiting malls – arguably the most favorite hobby for Bangkokians – is no longer casual like it used to be, prior to the coronavirus outbreak.